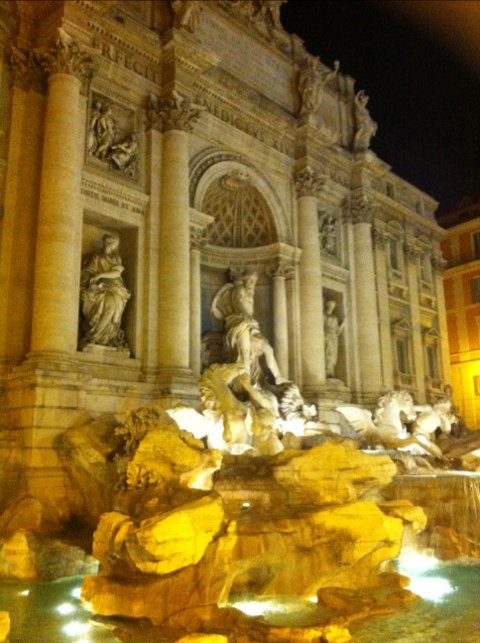 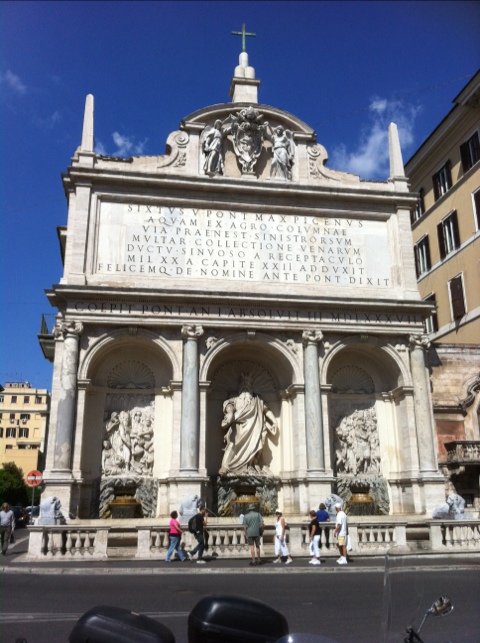 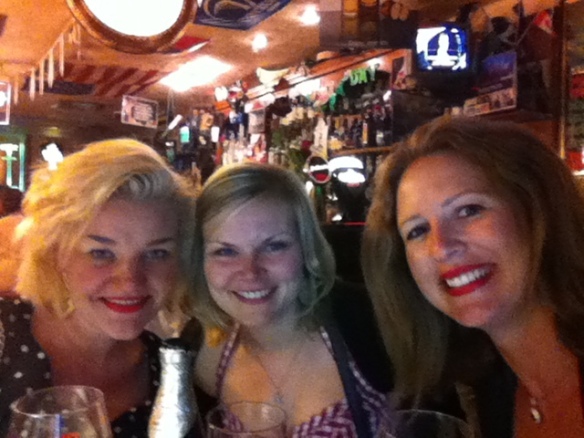 If you know me well, you probably knew it was inevitable at some point… ‘it’ being a little bit of homesickness! And so after a few (only a few!) tears over Skype to mama this morning, I dried my eyes and set out to tackle Day 3 of Roma. It was another hot day, the sun was shining, and I have only 1 week left in Europe so needed to get a grip!

I started out at Gino’s Bar next door for a stand up coffee with the locals. Gino’s Bar is super modern and is just that, a bar made of glass below which lies an array of paninis, ribbon sandwiches and various bakery items in both large and mini size. Yesterday I had failed to notice the two crystal bowls of whipped cream sitting on the bar piled up high with a spoon standing in each for you to help yourself and add to your coffee or dolce! Tourists don’t seem to visit this bar because most wouldn’t understand the concept of a coffee with no-where to sit and drink it! After paying one euro for my cappuccino, ‘Gino’ gave me a wink and wished me a buona giornata and off I went.

Next stop was the Opera Theatre to see if I could get a ticket to the final night of Atila, tonight. I could hear the conversation in English in front of me and alas only tickets starting at 200euro. However, after a quick chat in Italian once it was my turn at the box office I understood that there was a restricted view seat left for 17euro. So I took it. The lady in the ticket booth then informed me that she would upgrade my seat anyway for no extra. Winner!

Feeling a bit better about life, I decided to push my luck and attempt to firstly find a post office in order to post some loot home which I’ve accumulated and which no longer fits in my suitcase (you would think this would be easy but asolutamente no in Italia! As luck would have it, I took a wrong turn on the way back to my hotel and discovered one (without signage of course), 20m from my hotel. Inside I took a number and waited to be served. In Italy, many many people still appear to pay their bills at the post office, so you always wait in a queue. When my number was called, I was greeted by a lady who at first seemed a little aloof so I apologized for my Italian and the conversation for the next 20mins was simply fantastic… Not only did I understand her, she was so impressed with my Italian, saying it was so perfect and she was particularly impressed hearing that I had studied in sorrento because, as she explained, and as I know, the dialect ‘down there’ is very very different and difficult to understand. Explains why I couldn’t understand a word in Naples, where it is at its thickest!

By lunch time I was quite peckish and found a street near the post office where the Roman men were young and dressed perfectly as though out of a Ferragamo ad, and the food was fresh, modern and delicious (like my fellow patrons!).

Following lunch and a gelato near the Spanish Steps, I got the metro to Termini to try out just how realistic it is that I get the metro then train to the airport at 5.30am on Thursday to fly to Sardinia, then returned to the hotel.

And now I must sign off, and go and pretty myself up for the Opera tonight.

1 thought on “Romans to the rescue!”