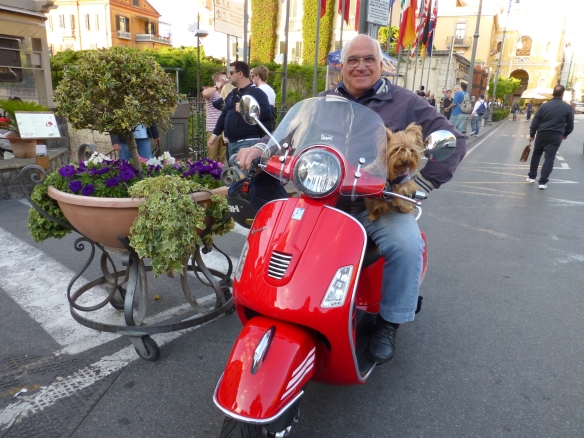 A local on his motorino with pooch! Piazza Tasso

If I were to add it up, I’ve spent many months, maybe even close to a year of my life living in Italy. But somehow, each time I leave, I quickly forget many of the little things that I love, love to hate and those things that I am just totally confused by, many of which you only experience when you live here. Perhaps they aren’t as interesting to you, or perhaps you can’t relate to these if you’ve been to Italy but haven’t stayed for longer than a week or two at a time, but since I have your attention, here are a few observations (note: some of these i’ve already mentioned, so apologies for the repetition):

Giuseppe, one of my teachers comes from Napoli. The Napolitani are very superstiziosa and he shared some of their superstitions with us in class:

Today in class we learned all about the public holidays celebrated in Italy, and how they celebrate – what they eat and who they eat with. Of particular note was Christmas or Natale and Easter, Pasqua. In Italia, Christmas is ALWAYS spent with family, not friends. It is a grand feast known as a cenone, and consists of several courses (really not unlike ours at home!) cooked by the women of the family. But always always spent with the family… that is until midnight when everyone is then released from the family home to go and party with friends. Easter is different and is spent with family and friends, although apparenly your mama or nonna will always try it on and encourage you to stay at home with the family. For this reason there is a saying in Italian: “Natale con i tuoi, Pasqua con chi vuoi”, which loosely translates to Christmas with your family, and Easter with everyone else!

(Today.. more IT issues so I only have the one photo, taken by some lovely dutch friends I met and lunched with a couple of times – Joanna and Ton… CIAO! xx)

3 thoughts on “The Inexplicable”